MD10 – Best Dog Shampoo for English Springer Spaniel, and Me in Barcelona!

Posted on October 23, 2012 by Professional Dog Grooming Shampoo and Conditioner, MD10 UK
After spending FREEZING Dog show in Builth Wells, I decided to have quick escape to Barcelona for one night! But there were 2 great news at SKA 2012 show as follows which I haven't told you guys!
Particularly, English Springer Spaniel, her dog is one of the TOP in the UK, as well as German Spitz clients also told me the great news.
Top dogs in the UK means a lot for those of my clients and for me. Obviously, the show is competition and win and loose world. But must be great feeling to achieve that!
And I feel so honored, they trusted me to use MD10 Professional Dog Grooming Shampoo on their precious dogs..... 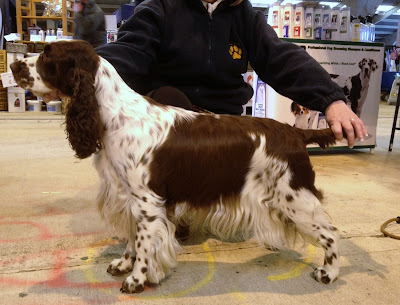 Beautiful English Springer Spaniel
- one of the Top Dog in the UK! 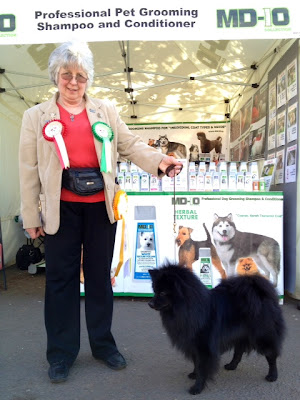 Also, her German Spitz is currently Top in the UK!!!
Many Congrats!!!
************
I knew that Spanish People play hard..... but I did not realised that there are so many clubs bars for everybody - so many different place for different taste. I loved it, but dancing until 6AM was a bit of experience! Also, foods in Barcelona was great with fresh seafood. I still think Spanish Foods and Japanese Foods have something in common. I can understand my Japanese friend Mimi feels so comfortable here.
OK, now I have some break of dog shows until LKA in Birmingham which is held in mid December. I have to concentrate on new brochures. Because we now have very popular conditioner called MD10 Super Hydrating Conditioner - which everybody falls in love as soon as they tried it.
Posted in Uncategorized
In Archive